Blog 6 - Veganuary (or Bananas vs Avocados)

Christmas has passed, the new year has been ushered in and so that can only mean one thing, it's time for Veganuary!

Veganuary began in 2014 and participation in the month long attempt to wean people off animal products has doubled in number each year. In late 2018 the Economist magazine predicted that 2019 would be the 'year of the vegan', Twelve months later they pronounced that piece of crystal ball work as one of their more accurate. Veganism has hit the mainstream and its rise shows no sign of stopping as traditional moral positions on animal welfare and rights are buttressed by rising awareness of the environmental impact associated with eating meat and dairy products

A survey in 2016 by the Vegan Society found that the number of vegans in the UK had grown from 150,000 to over half a million in the course of a decade and that number will have grown significantly since then. By some measures it is the fastest growing lifestyle movement in the UK. A different survey by Compare the Market in 2018 extrapolated that there were 3 million vegans in the United Kingdom but this figure is questionable being based on a small sample and a loosely worded question. What isn't in doubt is the huge growth in vegan living recently.

Veganuary has faced some criticism for focusing on the food aspect of the vegan lifestyle at the exclusion of much else. There are also some campaigners who feel that focusing heavily on the environmental impact of meat and dairy consumption underplays the moral and ethical case for veganism. Some this critique may be true but, because we're a blog linked to a shop that predominantly sells food, that's what we will be focusing on. It's probably also important to note here that realistically the idea of 'going vegan' a few days a week or a month at time is a misnomer at best. Being vegan is a lifestyle that encompasses everything a person chooses to consume and isn't realistically something that you can dip in and out of. Are you sure that on your vegan Mondays your shoes contain no leather? Do you have a different handbag for January? It is more accurate and realistic to refer to adopting an animal free diet for specific periods of time. That's not to say that doesn't still have a real impact, it does. Not eating meat two or three days a week is measurably better than not making the effort. It just doesn't equate to going vegan for a few days.

Anyway, now we've got that out the way...

So, what is the carbon footprint of all that meat we eat? It's not easy to get a precise figure but the best research suggests that human consumption of animals is responsible for 58% of all greenhouse gas emissions whilst only providing us with 18% of our calories. The same study, published in the journal Science in 2018, found that meat and dairy production uses 83% of farmland and that widespread adoption of vegan diets could reduce the pressure on land use which is driving deforestation in parts of the world including the Amazon rainforest. In fact, most studies find that adopting a plant based diet can lead to a 50% reduction in the carbon footprint associated with an individual’s food intake. 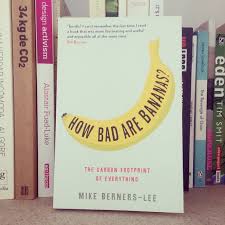 It's easy to understand why cutting meat out of our diets makes a huge impact. Growing crops and eating them directly is far more efficient that feeding that same crop to an animal and letting it convert it into tissue that can be eaten later whilst emitting methane along the way. It's this inefficiency that means cheese can sometimes have an even higher carbon footprint that pork. Speaking of cheese, let’s use that to understand what sort of numbers we're talking about. Mike Berners-Lee wrote a fascinating book called "How Bad are Banana's, in which he tries to work out the greenhouse gas emissions associated with² equivalent emissions. (CO²e is the most commonly used way of measuring emissions, It take all type of gas emission and other inputs and equates them to equivalent amount of carbon dioxide). That 12kg figure for our big block of cheese is the same as a four mile car journey. A leg of lamb might work out at as much as 38kg CO²e for a 2kg joint. For the same emissions you could have a bowl of porridge every day for four months. As a comparison, your average banana, despite being shipped across the world, comes out at 80 grams of CO²e per fruit. Even the humble egg has four times more impact than that.
all sort of food and every day products. In the book Mike finds that 1kg of hard cheese could be responsible for up to 12kg of CO

It's hard to find a less impactful way of consuming calories than the humble banana.

But, it's not totally clear cut. Plenty of vegan friendly options come with a surprisingly high carbon footprint. Rice is one good example. Grown inefficiently, using an excess of nitrogen based fertiliser, rice can have a higher emissions footprint than burning a litre of diesel. An avocado air-freighted across the globe is not a sustainable option compared to locally sourced meat that has been reared on land unsuitable for crop farming. Blindly ditching cows milk and switching to a poorly sourced soya product will only generate half the benefits a sustainably managed product would give. (But it should be noted that if we cut our consumption of cows milk and meat then we’d dramatically reduce our need for the soya which often feeds them and in turn help to reduce the deforestation associated with soya production). Equally a lot of almonds are grown in California and contribute to water shortages in the area. Is that really a better option long term? Our detailed choices really do make a difference.
However, even allowing for those nuances, the case for at least reducing our meat and dairy consumption is very strong from an environmental perspective. But what about our health? Can we really get all we need for a healthy diet without eating animal products?

In time for this year’s Veganuary, the New Scientist ran an experiment where they asked 19 volunteers to eat a vegan diet for a fortnight. Now, obviously that is a ridiculously small sample size over a short period of time, but even then some hints about how changing diet can affect us started to show. The first was that all the volunteers ate more fibre and much, much less saturated fat. As a result of the reduced fat intake, there was a corresponding, 80%, drop in cholesterol intake as well. So far, so healthy. However, the volunteers also saw smaller but significant drops in consumption across a range of vitamins and minerals including vitamin A, vitamin C and calcium.
Other studies have shown a need to make sure enough vitamin B12 is consumed on a vegan diet. This plays a key role in you nervous and immune systems. For non vegans eggs and dairy products are reliable sources of B12 but non animal substitutes aren't always easy to find. What is clear is that making sure you eat a healthy balanced diet takes some work but, really, that's true for all of us, carnivores or not. Most of us need to eat less starchy, fatty foods, many people don't get enough iron and huge swathes of the population come no where near having their five fruit and veg a day. Being vegan doesn't change any of that, but actually taking the time to consider what you put on your plate in the first place may make you more likely to actively seek out the balance you need. As ever, awareness and education are key.

Adopting a vegan lifestyle can seem like a big challenge. It certainly is a commitment that touches on every aspect of how you live your life and it’s ok for that not to be something everyone chooses to do. Life would be very boring if we were all the same. Equally, those who take such a clear ethical and moral position are to be applauded for their consistency of thinking and actions, without using that to minimise the efforts of others. It might well be that in Veganuary you don’t adopt a fully vegan lifestyle. There might be shoes you really like, foods you don’t want to go without, choices you aren’t comfortable making. But, from an environmental perspective it is clear that any change you can make does make a difference. Being aware of the impact the food we eat has on the planet we live on is key to helping build a better, sustainable, future. So, experiment with meat free Mondays, try the vegan option when you go to a restaurant, see if you can handle well sourced soya milk on your B12 enriched cereal. Baby steps matter and they do add up.

Just make sure you have a banana instead of an avocado.